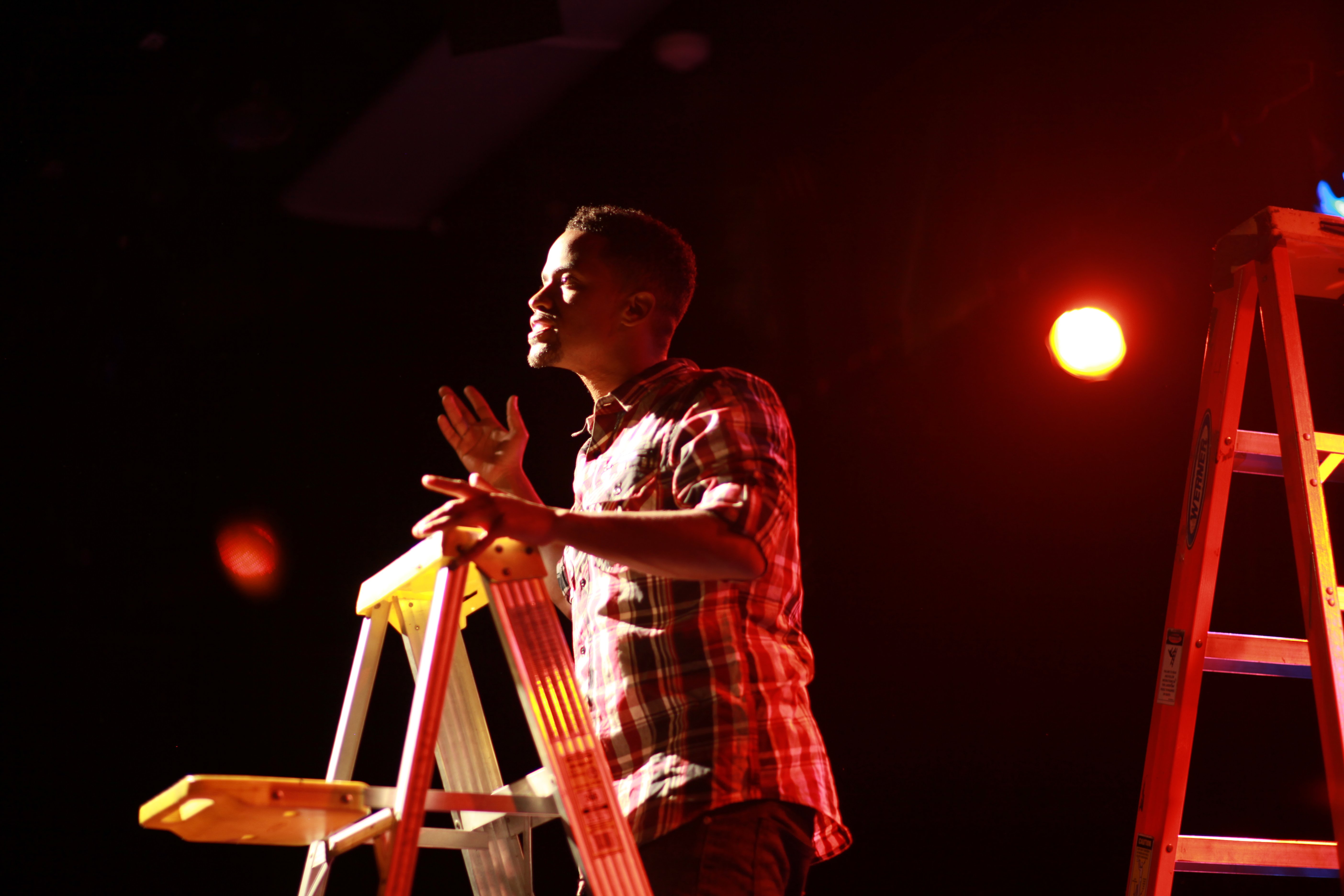 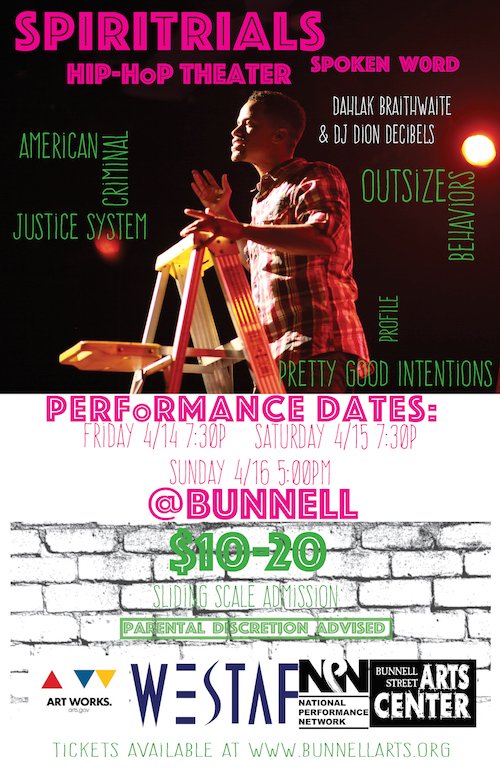 This multi-dimensional play layers character monologues, poetic verse, and selected arrangements from Dahlak’s self-produced Spiritrials soundtrack to create a theatrical piece that blurs the lines between hip-hop and dramatic performance. In Spiritrials, addiction, religion, and the law intersect in a government sponsored drug rehabilitation program. This timely exploration of the criminal justice system follows an “anonymous” narrator as he shifts between his takes on four other program participants with varying degrees of criminality and addiction to examine his own place in what appears to be a cultural rite of passage.

Spiritrials was created with support from the National Performance Network and has toured to the Kennedy Center, Legion Arts, and the Yerba Buena Center for the Arts, among many other performing arts centers, schools, and universities around the US.