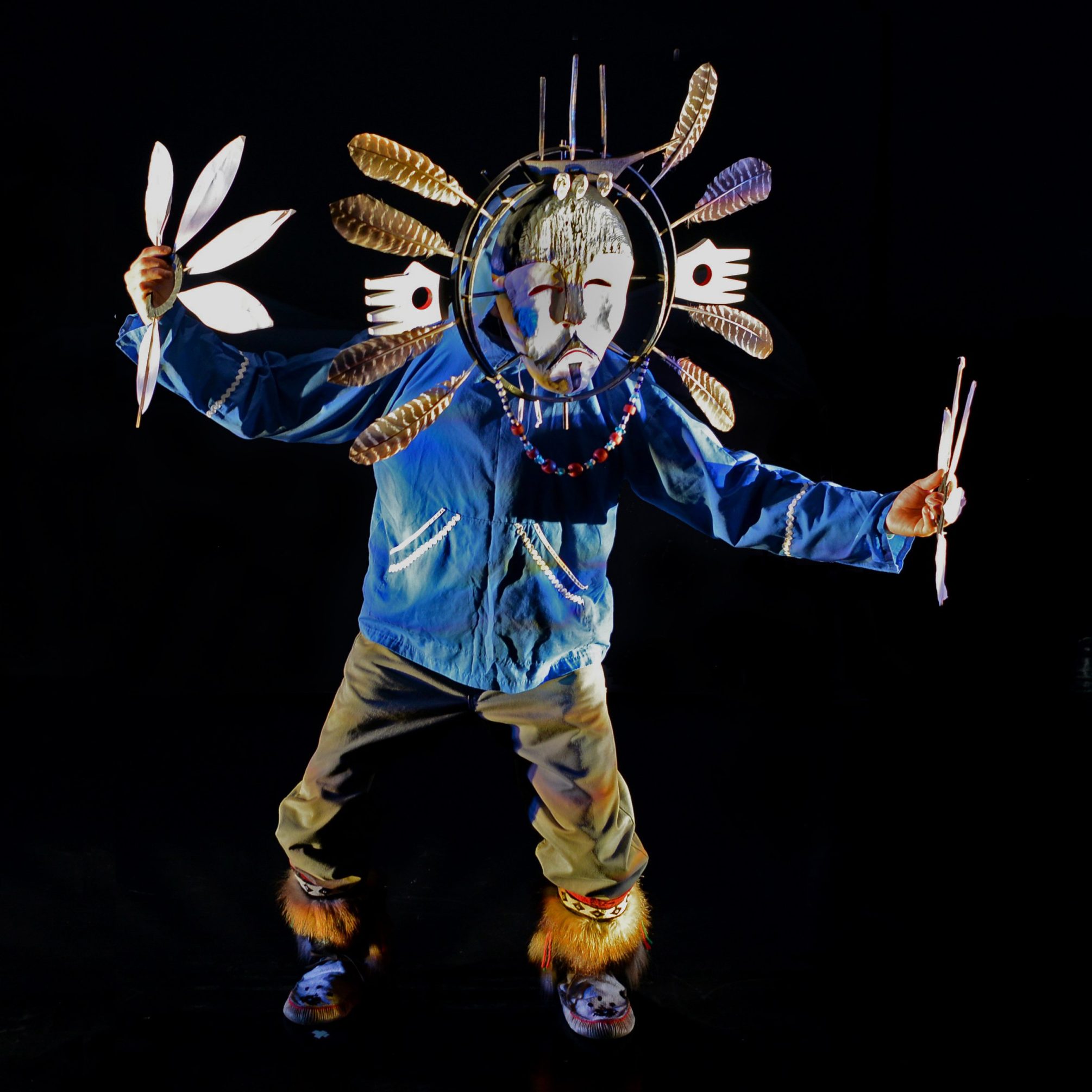 ALAXSXA | ALASKA weaves puppetry, video installation, recorded interviews, and yuraq (Yup’ik drum and dance) in a collage of striking contemporary and historical encounters between indigenous Alaska Native communities and newcomers to the Great Land. The title of the piece—an English translation of the Unanagax indigenous word “Alaska” pronounced uh-LUK-shuh — serves as a metaphor for the personal and cultural clashes at its heart. Performers Ryan Conarro and Gary Upay’aq Beaver (Central Yup’ik) – along with puppeteer Justin Perkins – use movement, stories, and puppetry to reveal a series of little-known historical narratives of collisions between people and cultures in Alaska. These histories, at times humorous or tragic, juxtapose against Beaver and Conarro’s own memories. Through storytelling and yuraq, they recount their shared memories and unfold their personal perspectives as “insider” (represented by Beaver as a 21st-center indigenous artist and culture-bearer) and “outsider” (Conarro, confronting the ramifications of his choice to move to Alaska and his presence as non-Native artist, journalist, and educator).

Since 1975, New York-based Ping Chong + Company has produced theatrical works addressing the important cultural and civic issues of our times, striving to reach the widest audiences with the greatest level of artistic innovation and social integrity.