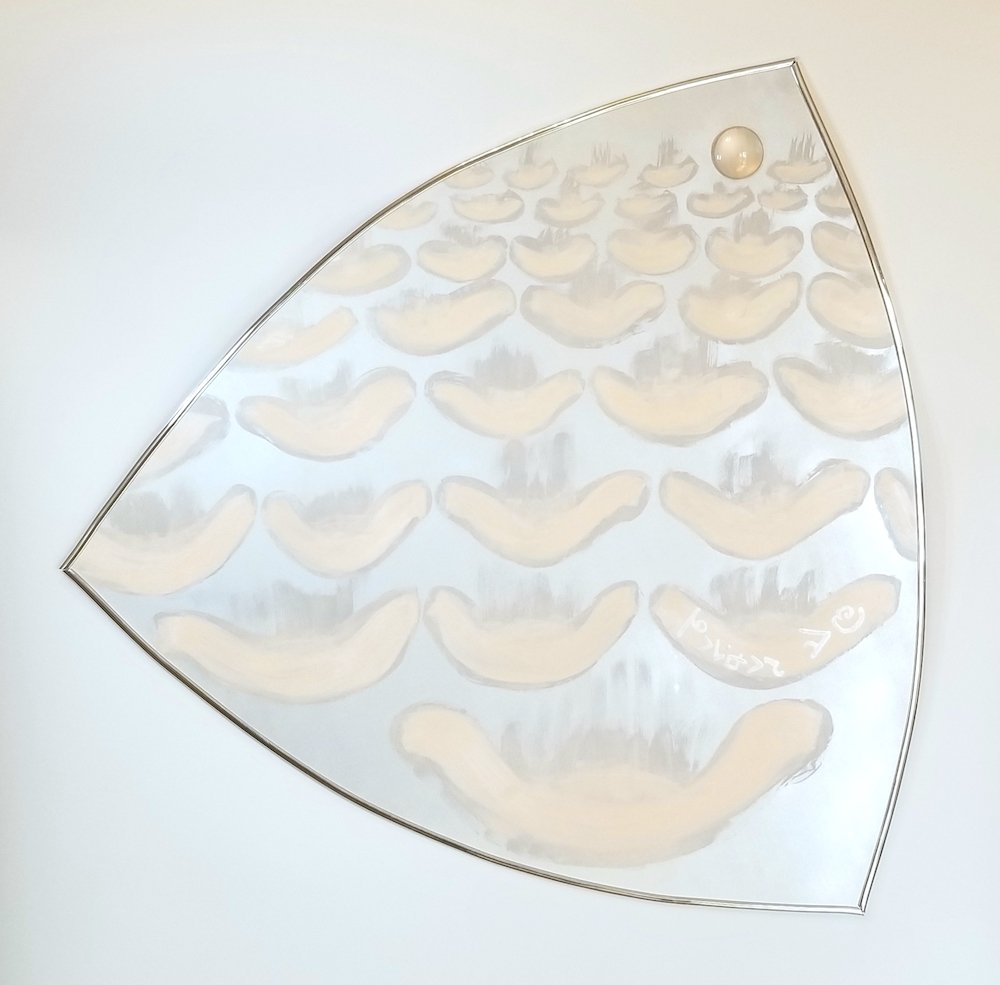 Ninilchik native artist Argent Kvasnikoff was born in Homer and studied linguistic anthropology and art history. He works with humanist themes illuminated by his indigenous culture, with most of his work involving his culture’s endangered Dena’ina language through the Qena Sint’isis project. The project’s visual works consist of calligraphic abstractions based on a written alphabet created to correspond with Dena’ina phonology. The alphabet incorporates visual symbolism from the across the traditional Dena’ina lands as well as throughout periods of time from ancient Kachemak culture to information and synthesis age concepts. In 2018 he started work on the corollary Yił project which started with his creation of a unique calendar system that corresponds to Dena’ina linguistic data related to the natural and atmospheric phenomena of the Cook Inlet region.

His work primarily consists of ink and mixed media painting and includes work in 3D printed forms. He also does sculptural work including the public installations Q’es Krieyshon at the Ninilchik Traditional Council Community Hall and Tuggeht Janju Tets’ at the Homer Public Library. In 2019 four of his pieces will be touring the New York and New England region as a part of the invitational Freed Formats exhibit which features 52 international artists who work with books and language as a medium in visual arts.

Argent currently lives and works out of home in Ninilchik with his family and his beloved dogs.