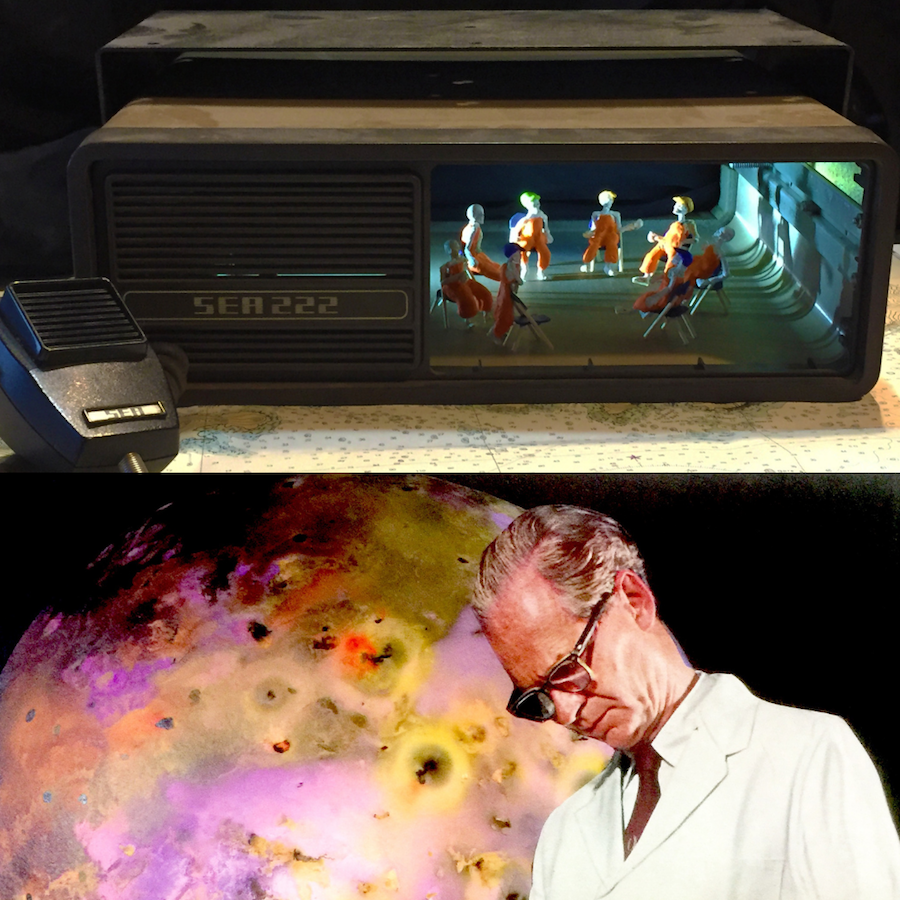 In the fishing community, a water haul means you went through your net or string of pots and you didn’t get anything but water. This title has more than one meaning for me. During the time I’ve been fishing commercially, several fishermen have drowned near my fishing site. I have searched for fishermen’s bodies in calm water with sunshine, wind and heavy seas, swift current and brown water. I have never found a body, and many fishermen remain out there somewhere. Water Haul also speaks to the weight of knowing mine is a dying trade. When you fish for a species that used to be all around the world, but is now only in a few remaining places, it’s hard to ignore the inevitable, that eventually we will have mostly water hauls.

There are feelings, images and stories that have accumulated in me over the 35 years I have fished commercially. Some I have never spoken out loud. Some are told every year. Specific incidents have been reduced in my mind to one or two scenes that stick with me. When I see these scenes in my mind’s eye, the emotions of that moment/day/tide come flooding back.

They range from the hilarious to the most frightening times of my life. I love the lingo, phrases and common items known to Alaskan fishermen and am compelled to document them somehow.

For example, the piece Radio Group is a mix of humor and coping with grief. A ‘radio group’ is an informal groups of drift fishermen who work together to find fish and help each other out when in need. Almost all their communication is over the radio, often on a secret channel. There is usually radio group drama that unfolds between members that can be very hilarious to listen to. But on a more serious note, when someone drowns, fishing usually continues without pause. One guy fell between the tender and the drift boat he was working on; bobbed up once, and then went down never to be seen again. We, of course, heard about this on the radio and went out looking. Time to dwell on these tragedies may be only the few moments between when you get in your bunk and when you fall asleep. For many skippers, telling stories of the deceased on the radio to other fishing buddies is probably the closest thing to therapy there will be.

As a natural scientist, I have spent part of my life collecting bones and specimens in boxes or jars; examining micro-worlds. Something in me wants to label and box these unforgettable experiences and way of life, then put them in their proper place on the shelf. Mexican day of the dead art has definitely made an impression on me and I very much appreciate the artists and culture behind that work. Skeletons can be scary and super funny.

I’ll be sixty years old this summer and I see my career as a fisherman coming to a close. I desire to reflect and encapsulate my haul of experiences.

Charles Aguilar- “Lost in the Myth of America”

Charles Aguilar is a multimedia artist whose work encompasses music, theater, puppeteering, sculpture and mixed-media visual arts. From the silly to the sublime, Aguilar’s work reflects his belief and practice that art is magik, and comes from a place deep within our dreams and subconscious. Through his work he hopes to better understand himself and the world of which he is a part.

Through multimedia sculpture and collage, Aguilar’s current work focuses on his struggle to make sense of our country and its history. Though each piece begins as an assemblage of assorted building blocks, they break apart as they layer and form new connections, challenging the viewer with their new message in the process. Inspired by the collage artwork of Winston Smith and Gee Vaucher, it is Aguilar’s’ intention that through his work he can pull back the curtain on our American subconscious, and get a glimpse into the soft underbelly of the American dream.