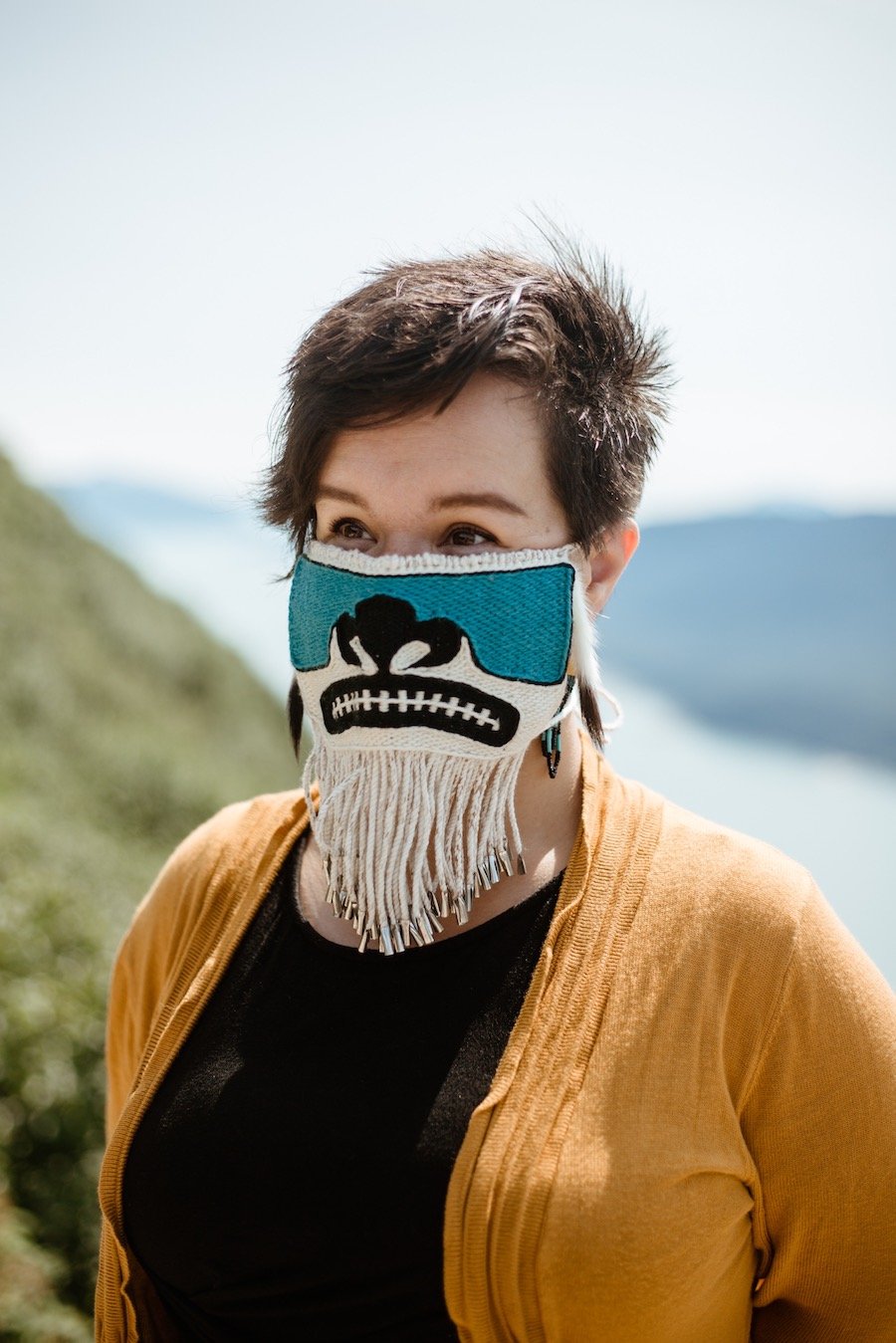 Lily Hope was born and raised in Juneau, Alaska to full-time artists. She is Tlingit Indian, of the Raven moiety. Following her matrilineal line, she’s of her grandmother’s clan, the T’akdeintaan, originating from the Snail House in Hoonah, Alaska. She lives in Juneau, Alaska, with her husband, author Ishmael Hope, and five children.

Lily weaves both Ravenstail and Chilkat textiles. Her ensemble, Little Watchman, blends the two styles. Lily teaches both Chilkat and Ravenstail weaving in the Juneau community, in the Yukon Territory, and down the coast of SE Alaska, into Washington and Oregon. She also demonstrates internationally and offers lectures on the spiritual commitments of being a weaver.

Her first Ravenstail ensemble (a collaboration with Clarissa Rizal), Copper Child, had a run of exhibits and shows, winning first place in Sealaska Heritage Institute’s Juried Art Show, 2012. It is now in the permanent collection at Sealaska Heritage.

Lily finished her first adult-size Chilkat robe on May 31, 2017, after 17 months and over 1700 hours at the loom. Please visit Sealaska Heritage Institute’s blog post about the ‘cutting off the loom’ ceremony, held the afternoon before final completion. Lily’s robe, titled the Heritage Robe, now lives in the permanent collection at the Portland Art Museum, Portland Oregon.