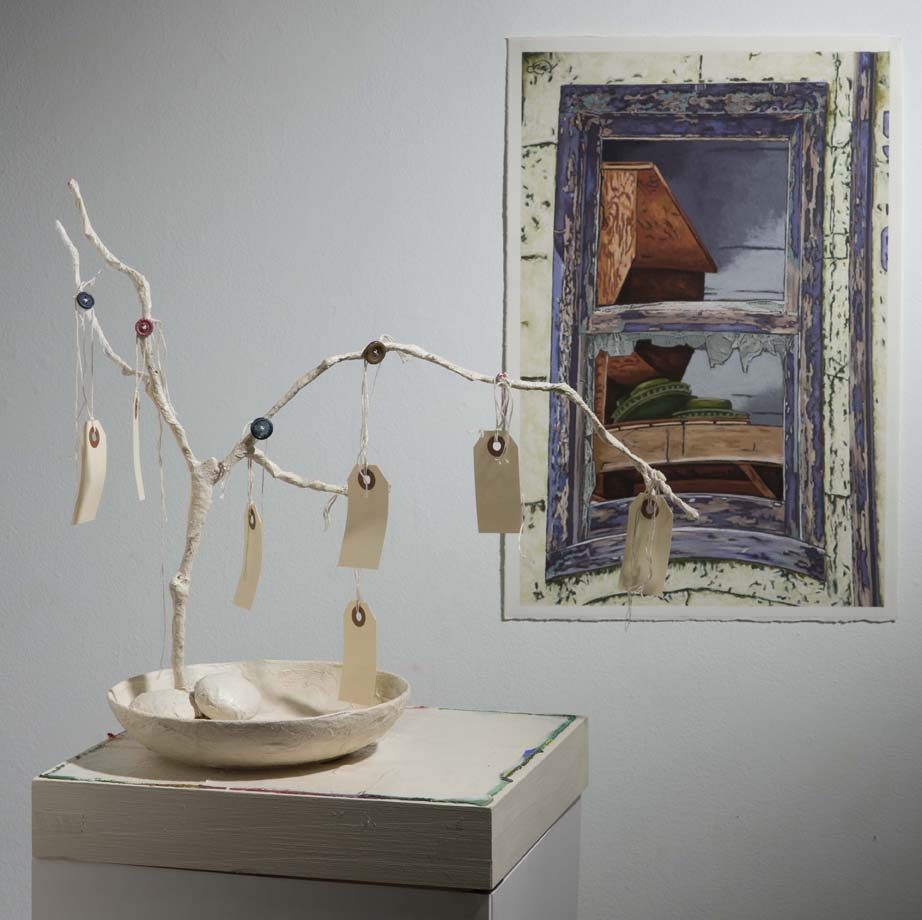 The past thro’ windows calls on me.

My work is contemporary, experimental, mixed media painting with a conceptualised symbolic basis. I create artwork in a search for peace, clarity and order from my own experience of the world as a place of disorder, chaos and uncertainty.  My work investigates the journey to acceptance of trauma, loss, fracture, imperfection, alienation, marginalisation and impermanence.   I want to show the beauty I have found in the lost, the broken, the marginalised, the displaced, the decayed, the damaged, the abandoned.

Finding image inspiration from a variety of sources, I combine representation, figuration and symbolism with varying degrees of abstraction to create artwork that evokes an ambiguous narrative.  I am attracted to tangents, visual or conceptual, that speak to an association between seemingly unrelated objects or events.  This body of work uses visual symbols to evoke historical traumas endured by children and the beauty to be found in the evidence of survival.

There were four image inspirations for this exhibit:  The first was a video of Kindertransport children and the plain manila ID tags hung from their coat buttons.  Such a powerful image.  Later a documentary about the Japanese community in Brazil showed a festival in which wishes tags are hung from branches.  The image of those tags and the story they told about diaspora resonated with the refugee name tags for me.  In Seward, I found my third image inspiration as I became attracted to the sight of aging windows, symbolising viewing ports onto the past.  Then I came upon information about the Jesse Lee Home, which I had known from its final location in Anchorage.  For many years the Home was located in Seward and children arrived there after devastating circumstances claimed the lives of one or both parents and they had to learn a whole new way of living, which resonated with the refugee children’s stories.

The Jesse Lee Home was rendered uninhabitable by the 1964 Earthquake and the home was moved to Anchorage.  It is now Alaska Children’s Services.  This is not only a memorial exhibit as there is now good news on the horizon.  The Friends of Jesse Lee Home plans to restore the Home’s remaining buildings and to create a residence school open to all Alaskan students with a curriculum based on science, technology, engineering, math and Alaska Native studies.  They have raised $12 million of the $17 million needed for this project.