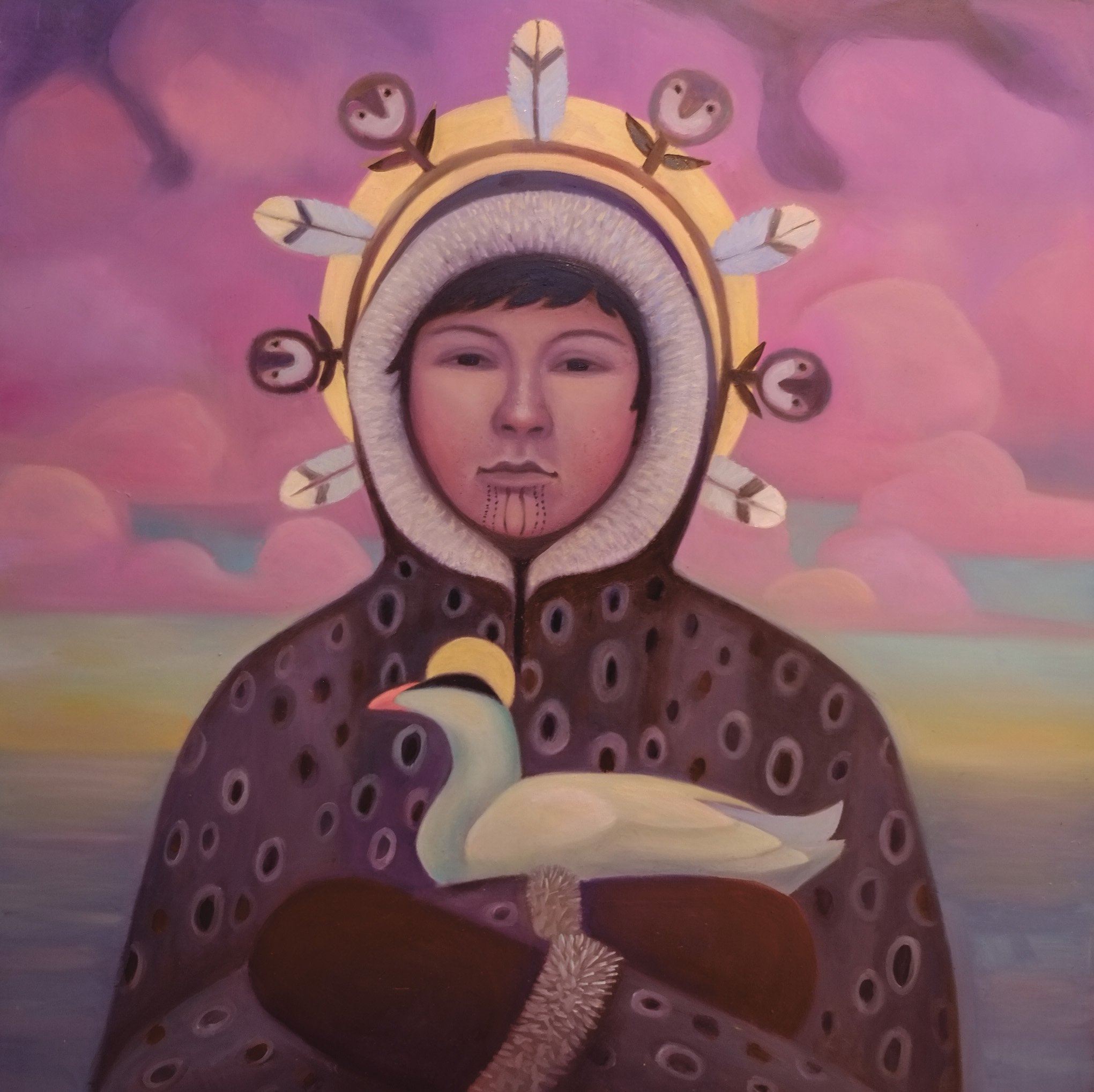 All Things Sacred -July 2017
In 2016, I painted a Russian icon inspired portrait of my Alutiiq great-grandmother, haloed and adorned with elements of ancient Alutiiq masks for the exhibit, Decolonizing Alaska, curated by Asia Freeman. This new body of work is an expansion on the subject matter and continued exploration of this theme.
The portraits were inspired by Alaska Native women I admire, artists, friends and family members. I have included paintings of Alaska landscapes, and other subjects such as seals and ice representing the sacred environment of the subjects in these portraits.
The theme of this exhibit, All Things Sacred, was built on the idea that Christian iconography could be eclipsed and absorbed by indigenous cultures much in the way Christianity co-opted pagan myths and symbols as their own. Joining Alaska Native symbols of spirituality, tribal landscapes, sacred animal spirits and ceremonial relics with the dominant imagery of this Western religion could be a quietly subversive act of decolonization.
Centuries of artistic representation of Christian religious symbols, archetypes and narratives have settled deep in our collective psyche. With this in my mind, the intention of this show is to add to this collective new iconic visions of the sacred nature of all things through the strength and spiritual power of Alaska Native women.

See artwork available for purchase in our online shop. 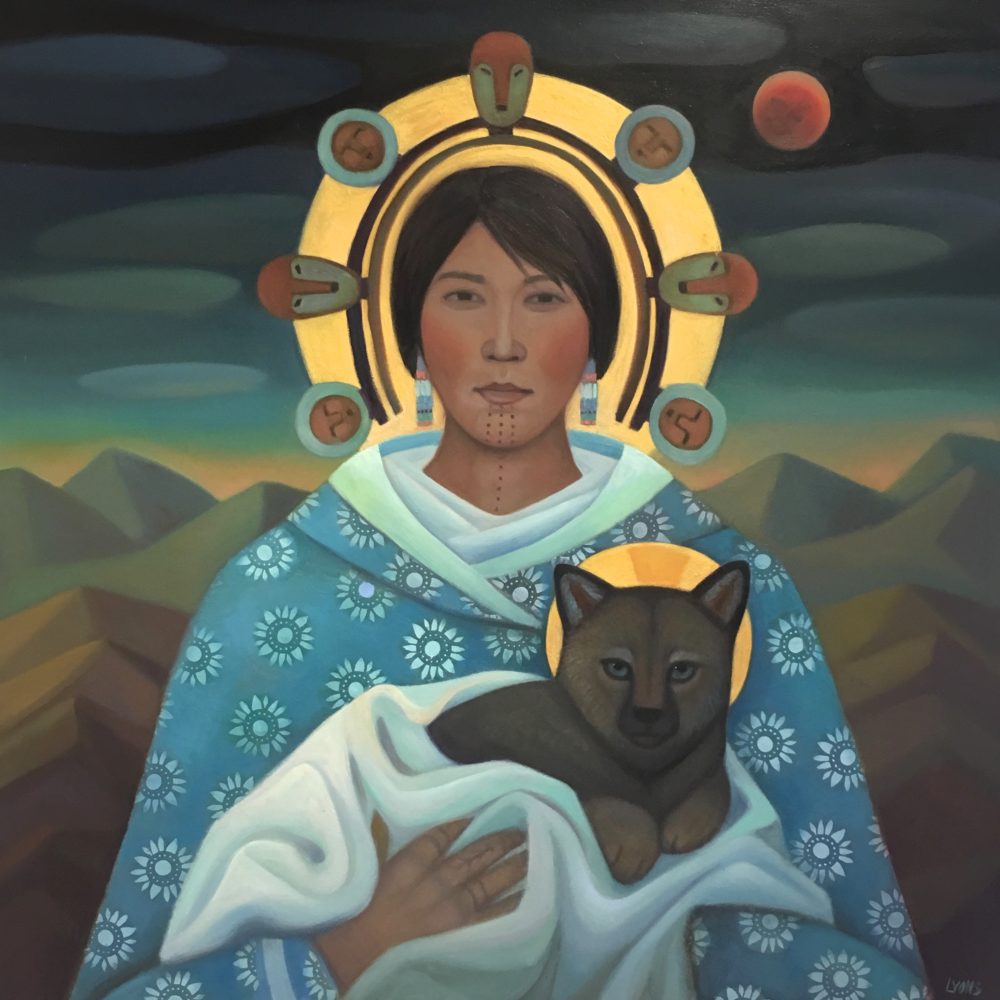 Linda Infante Lyons: “By combining elements of Christian iconography with Alutiiq tradition, the artist suggests that they are equally important. She is asking us to consider traditional Alutiiq beliefs on the same level as Western beliefs” The Alutiiq Museum and… 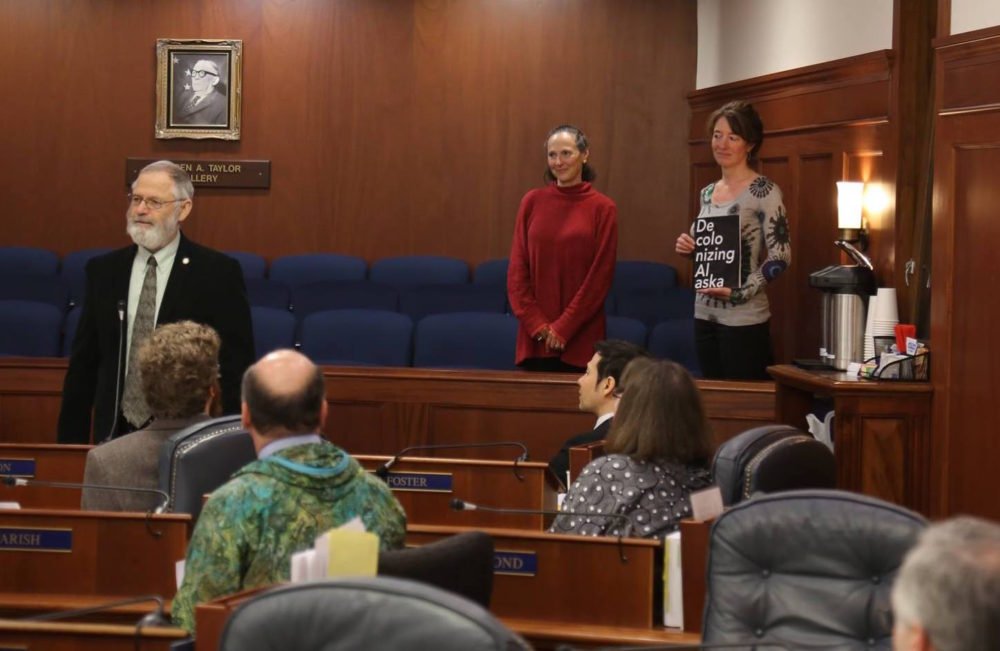 Decolonizing Alaska visits our state's capital.  Bunnell's founder and Artistic Director, and curator of the exhibit, Asia Freeman meet the Alaska State Legislature.  Congratulations to Asia and to the participating artists for this exhibit's success in confronting culturally sensitive issues… 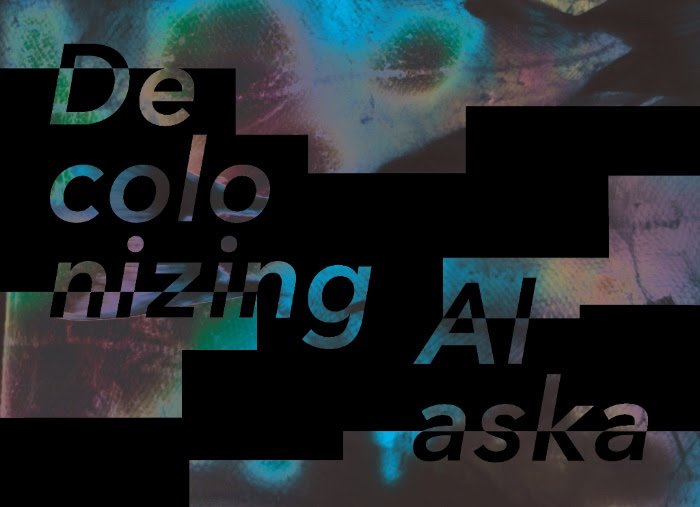 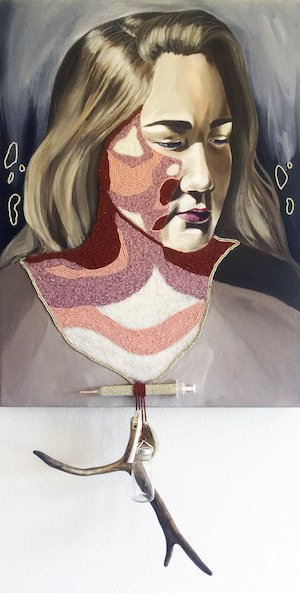 Melissa Shaginoff is of Athabascan and Paiute descent. She grew up on the southern coast of Alaska in the small fishing town of Kenai. She received her Bachelors of Arts in Psychology from the University of Alaska Anchorage. After working… 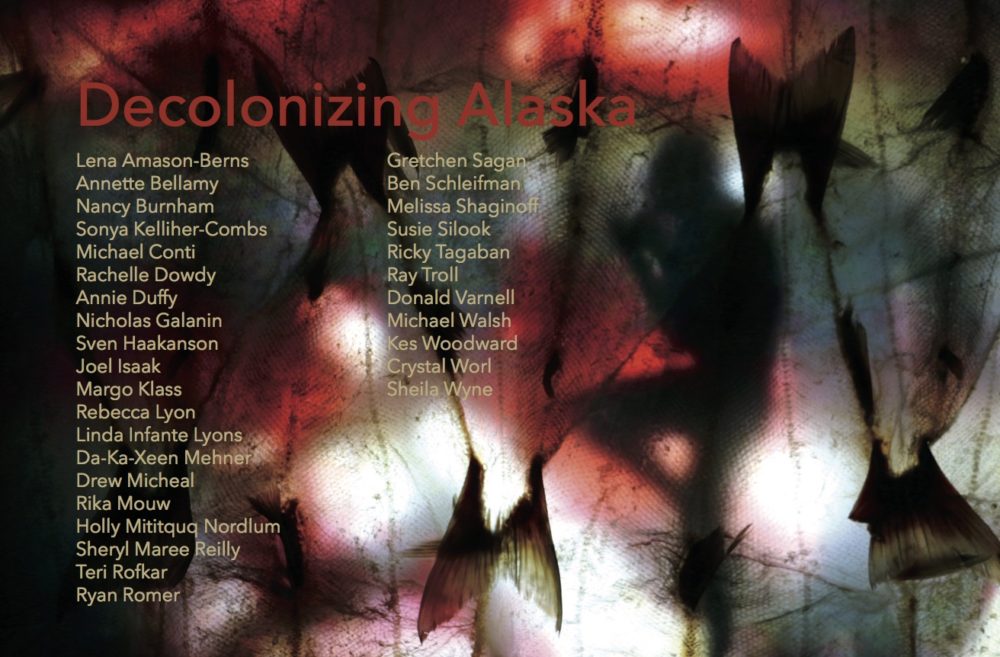 Decolonizing Alaska has been on tour since August of 2016. If you've seen the exhibit, please take a short 3-minute evaluation survey. {{ vc_btn: title=Decolonizing+Alaska+Survey&size=lg&align=center&link=url%3Ahttps%253A%252F%252Fwww.surveymonkey.com%252Fr%252FL5NMHZN%7C%7Ctarget%3A%2520_blank%7C }} After nearly three years of traveling, the exhibit Decolonizing Alaska, which opened in Homer in August,…