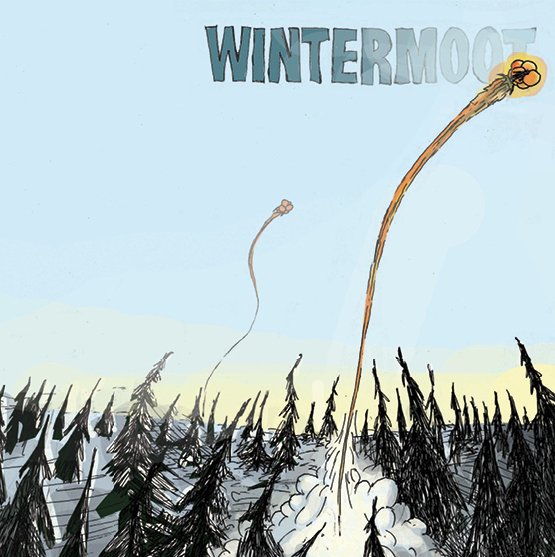 Wintermoot is an augmented reality comic book series produced by new media artist Nathan Shafer with the Shared Universe group that also produced the Dirigibles of Denali project which was on view at the Pratt Museum last summer. The series is an epic tale of many Alaskan superheroes over many thousands of years, with each issue focusing around two individual characters and their exploits. The first graphic work is about two Iñupiaq superheroes: Aqpik and her daughter Mars Apple, and was written and illustrated by Nathan Shafer. Copies of the comic will be available as affordable Artist Editions at the gallery.