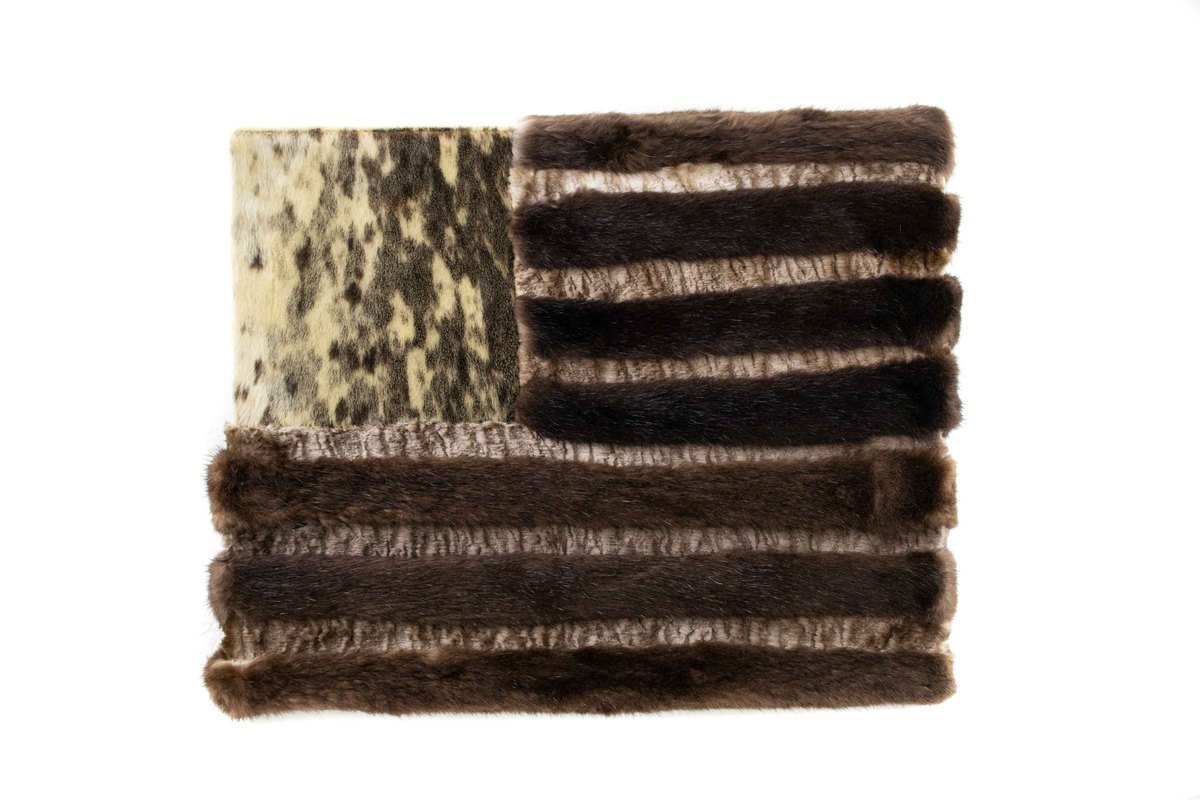 Peter Williams (Yup’ik) is an artist, filmmaker, hunter, and designer based in Sitka, Alaska. His work bridges the worlds of fashion and art, tradition and innovation. Peter hunts in the ways taught by his elders, honoring the animal and asking for its life, emphasizing the human spiritual relationship with nature. He uses animal products in the design of beautiful garments, art objects, and food, all the while generating dialog about the tensions between Native practices and Western culture.

He has demonstrated the technique of skin sewing by hand at Alaska State Museum and has taught skin sewing at the University of Alaska Fairbanks and Stanford University. He has presented at New York Fashion Week and was profiled in The Guardian. His first runway show was at Fashion Week Brooklyn, 2016. Later that year, New York Times chief fashion critic, Vanessa Friedman, published an article on his work. He lives in Sitka.

With the arrival of foreigners to the New World, industrial hunting and fishing practices tipped the delicate natural balance enjoyed by Indigenous peoples. From buffalo to whales, the animals of North America were irresponsibly slaughtered, motivated by conquest, power, and fashion. Though Indigenous peoples have always hunted and traded, the industrialized fur trade is inextricably linked to stories of American colonization. As the country grew into the 16th and 17th centuries, the value of and demand for fur fashion drove some animals into near extinction. In 1972, the US Federal government signed the Marine Mammal Protection Act which, in part, gives Alaska Natives exclusive rights to hunt, sew and create art from seals and sea otters in recognition of their cultural importance. Many misperceptions and complexities further challenge animal protections, subsistence living, and traditional harvesting practices. As a Yupik hunter and seal skin sewer, these issues confront Peter William’s livelihood and creativity and reveal the contradiction inherent in human connection to the earth.

By celebrating natural cycles and living in harmony with the animal and spiritual worlds, Yup’ik Eskimo culture has survived for thousands of years in some of the harshest environments. With extreme changes to the natural climate, mirrored by polarization in political realms, Indigenous worldviews are increasingly critical. Native practices offer new perspectives and clues for survival but simultaneously reveal the layers of cultural trauma deserving of redress. Since colonization, Yup’ik people have not been able to freely practice their customs, traditions, and lifestyles. Countless practices have been banned or shamed and forcibly removed. Peter’s work aims to decolonize the conversations, economics, and regulations surrounding his art and cultural practice, continuing these traditions of survival in a contemporary context. “Survival involves smartphones and motorboats as much as it requires living close to nature. Indigenous wisdom teaches us to how to connect. My work is an act, a practice and a product of survival. It suggests a new way forward.”

Shelly Laws resides in Anchorage and is a Yéil (Raven) of T’akdeintaan. She is a storyteller, instructor, demonstrator and renowned Chilkat weaver. She travels to museums worldwide to help identify Chilkat pieces in their collections, as well as to research Tlingit traditional weaving in order to later share that knowledge. She has demonstrated Chilkat weaving at multiple museums and universities, as well as in her community. Her sister, Teri Rofkar, featured in Decolonizing Alaska, died in 2017.