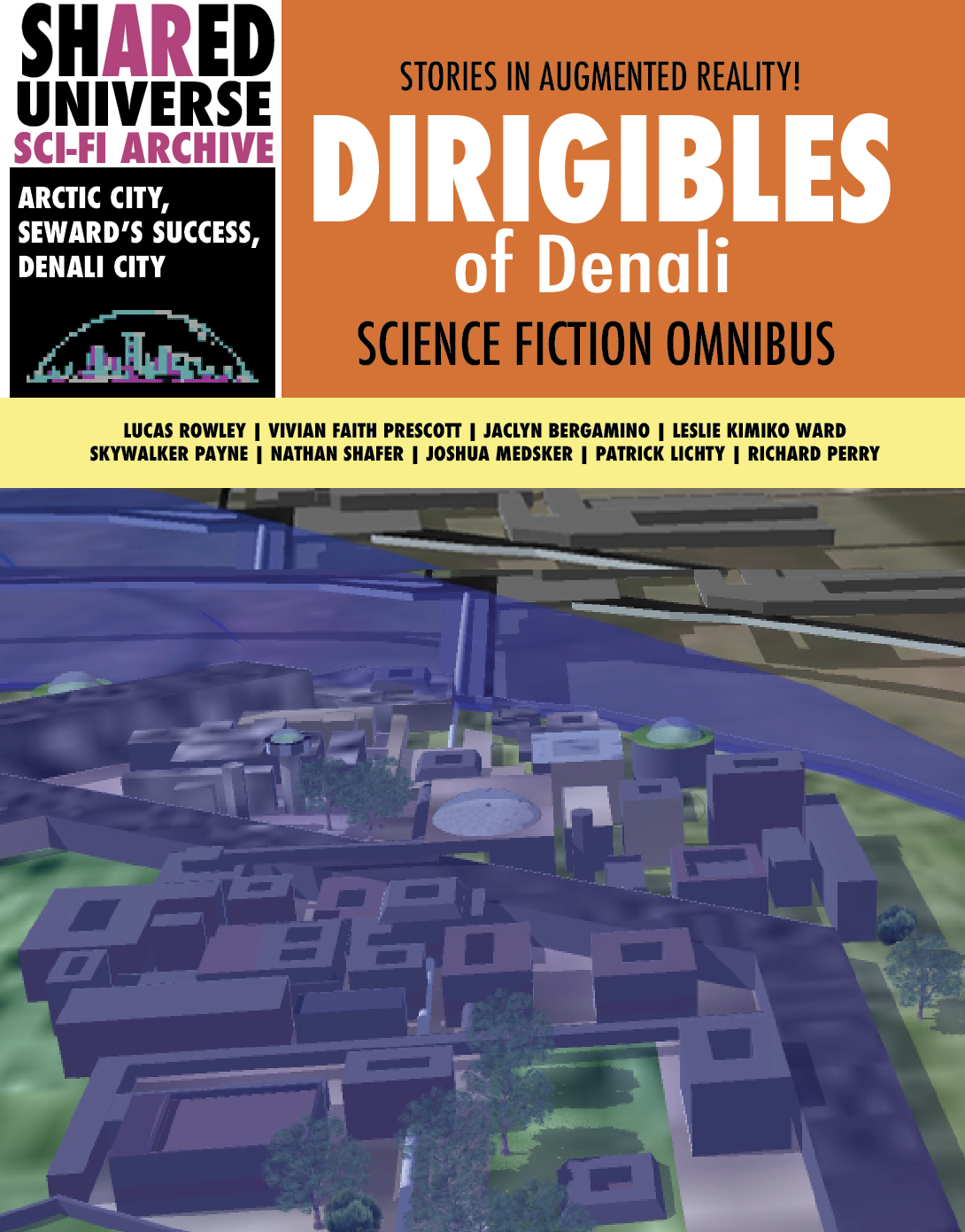 The Dirigibles of Denali project is a culmination of several collaborative augmented reality and digital humanities projects approaching three of Alaska’s planned cities of the future: Seward’s Success, Denali City and Arctic City. All three cities are being virtually constructed at their original proposed locations using mobile augmented reality technology. Accompanying these augmented reality cities is ten pieces of speculative fiction by Alaskan artists imagining a world were these cities had actually been built, and an alternate history of Alaska reflecting that reality.

The printed compendium version of this project was released in 2019. It is a picture book of the geolocated augments from the augmented reality reconstructions of the three proposed cities that were never built. The book includes essays and historical analysis by Nathan Shafer and Patrick Lichty; as well as illustrations by Joelle Howald.