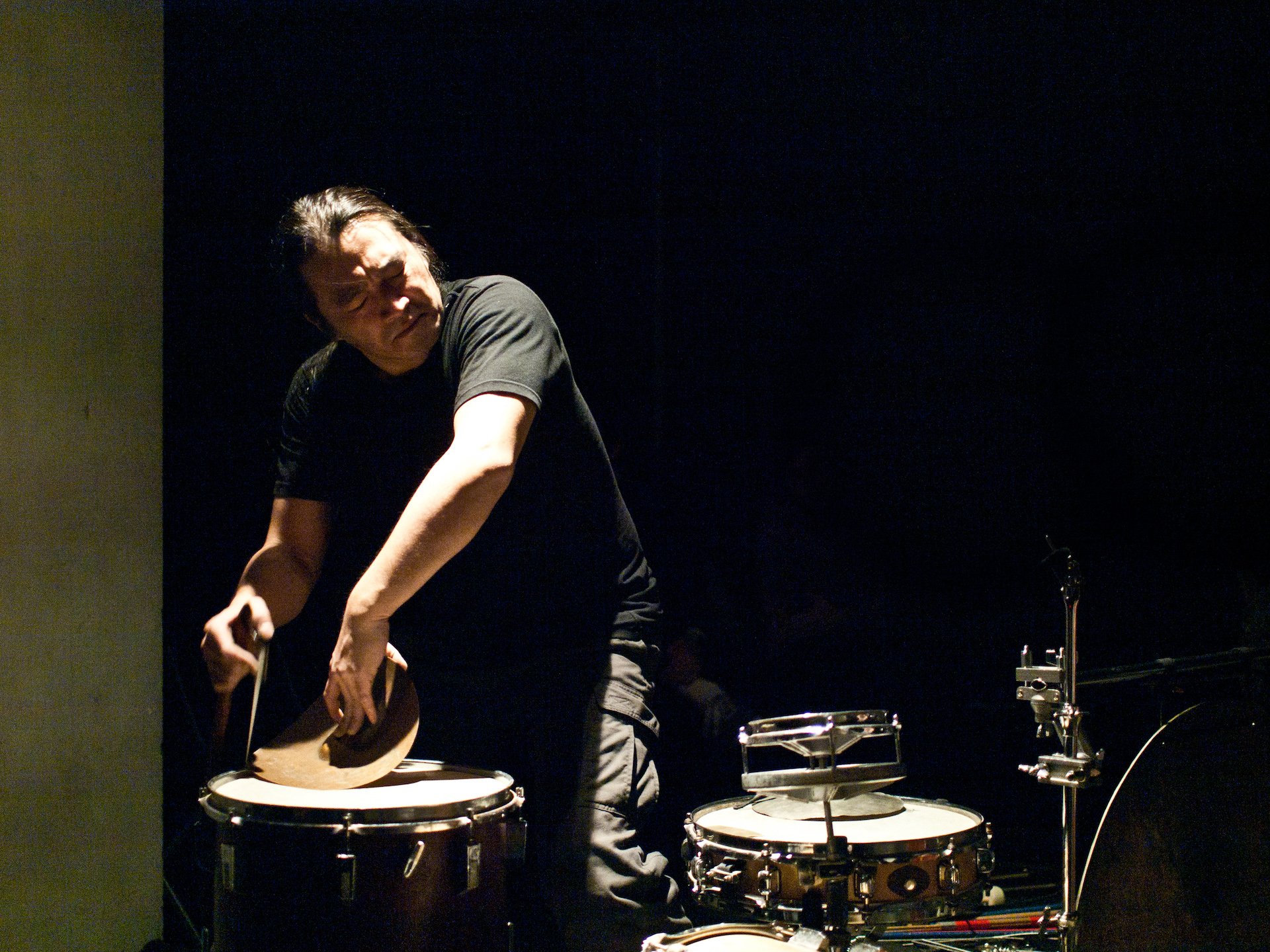 Tatsuya Nakatani is a creative artist / percussionist originally from Osaka, Japan who has released over sixty recordings in North America and Europe. Residing in the USA since 1994 he has performed countless solo percussion concerts and has collaborated with hundreds of artists in international music festivals, university concert halls, art museums and galleries. His latest project is the Nakatani Gong Orchestra, which builds community ensembles performing on multiple bowed gongs under his direction, as recently presented at the Kennedy Center in Washington, D.C.

Nakatani’s constant touring fosters the raw and fresh quality in his music, which can only survive through an open willingness to share energy, culture, music and self on a global human scale. His master classes and workshops at schools and universities, emphasize his unique musical approach and philosophy in creating visceral, non-linear music.

He has created his own instrumentation, effectively inventing many instruments and extended techniques. He utilizes drums, gongs, cymbals, singing bowls, metal objects, bells, and various sticks and bows to create an intense, intuitively primitive, expressive music of unusually strong spirit that defies category or genre. His music is based in improvised/ experimental music, jazz, free jazz, rock, and noise, yet retains the sense of space and beauty found in traditional Japanese folk music.