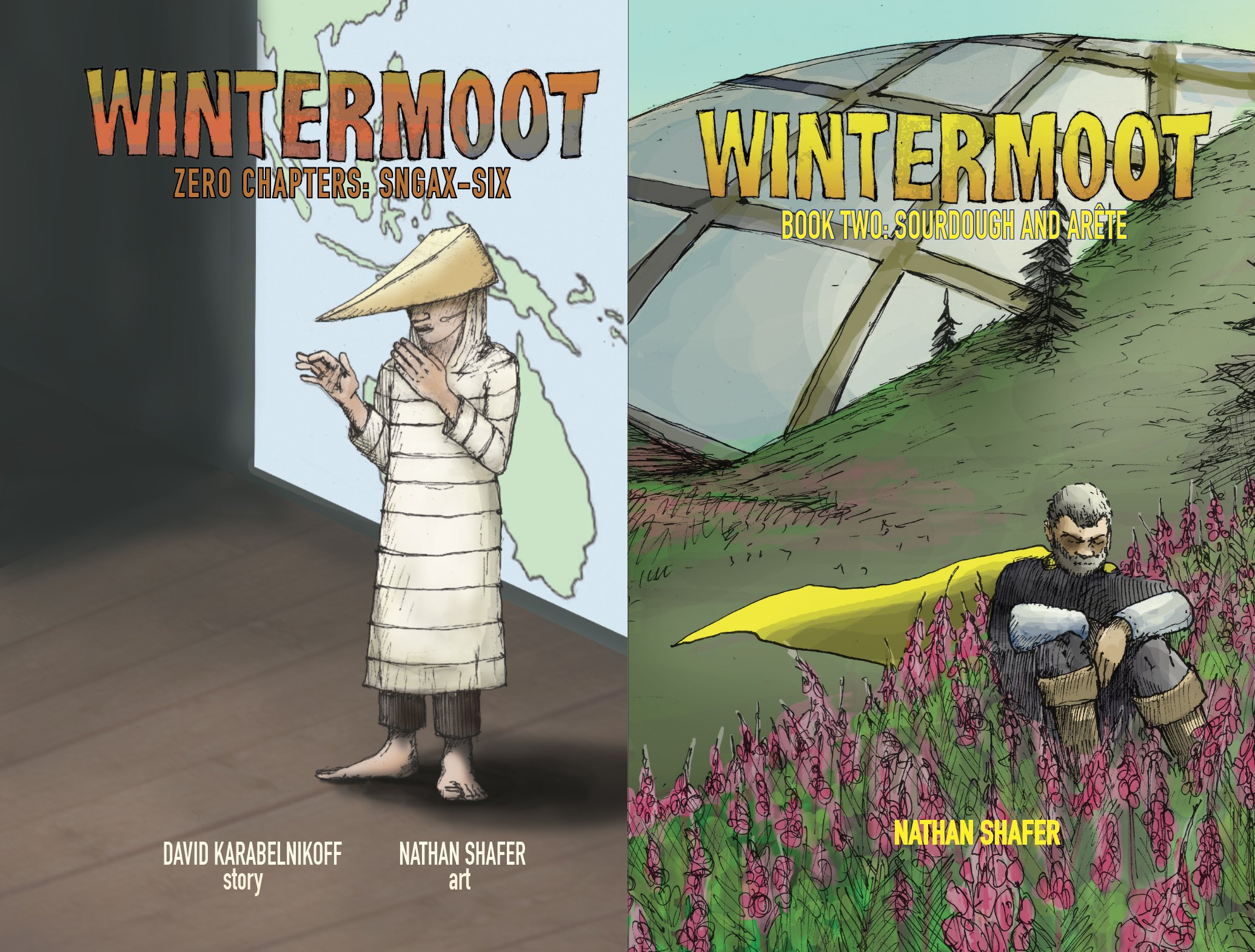 Join us for this Book release party @ Bunnell on November 16th @ 4pm.

The second issue of Wintermoot focuses on Sourdough, an aging Alaskan superhero and Arête, a younger superhero, as she interviews him for her forthcoming anthropological study of the effects of colonialism on the supernatural in Alaska. Wintermoot 2 also features the first Zero Chapter, on the opposite side. Zero Chapters are short origin stories, setting up up-coming issues of Wintermoot. This first Zero Chapter is written by David Karabelnikoff about a Unangan superhero. It is called Sngax-six, which means ‘dream’ in the Unangan language.

Nathan Shafer is an artist, writer and educator from Anchorage, Alaska. Since 2000 he has been working with expanded media, constructing a wide range of socially interactive and technology based projects.  Shafer received his MFA in New Media from Rutgers University in 2008, and is a member of Manifest.AR, a global consortium of augmented reality artists.
He recently founded the Institute for Speculative Media, which develops new media curriculum, after-school programs, and provides access to mobile technology for kids in Alaska. Since 2011 he has been an Art House Resident at Out North Contemporary Art House in Anchorage, where he has been designing mixed reality projects including the Exit Glacier AR Terminus Project, which digitally reconstructed the former termini at Exit Glacier in Kenai Fjords National Park using mobile technology and launched the Wintermoot Festival, an annual festival of AR art held during Fur Rondy.
Currently he resides in Anchorage with his wife and has been working at the intersection of digital storytelling and oral traditions with the Anchorage School District and the University of Alaska Anchorage.